Features That Make PHP Laravel Framework Best in The Industry

PHP is one of the most iconic web development languages of them all and is certainly one of the most used ones. PHP powers more than 80% of websites as the server-side scripting language of choice. Some of the world’s top websites, Facebook, Wikipedia, Baidu, and many many more, use PHP for their websites. What makes PHP iconic is its simple syntax, and a whole lot of frameworks to essentially reduce the development time and effort by more than half.

Here we are, to discuss what makes PHP Laravel framework, one of the finest in the industry.

So, first thing’s first, what is PHP Laravel framework?

Laravel is PHP’s framework which aids the developers in working without repeating code for similar functions. However, Laravel isn’t the one to use if you are into ultra big applications, you have Symfony for that. But, Laravel truly shines for medium and small-sized applications, giving it the stature of best PHP framework overall. Laravel features many of those that remain unseen as a package in most PHP frameworks, find below the list of all Laravel features.

It can be said as the heart of the Laravel framework, it is what makes sure that minimum repetition of code is used for development. This built-in command-line tool ensures that the tedious and repetitive tasks are done automatically.

The Artisan control can also be used to create databases, skeleton codes, and command-line MVC structure according to requirements. One more great feature about Artisan is that it lets the developers do it their own way, let them create commands as per their requirements.

Laravel makes one of the greatest packages with being an Object-oriented framework. There are a lot of pre-installed libraries which support modularity to the full extent. The main advantages linked to the structuring and old working style of developers that worked in object-oriented languages. The modular design enables great unit testing and aids in integration at a very high level.

Laravel now has a multiple file system native support which eases on the part where too many files need to imported for working on the project. The multi-file system support also enables things like a complete package to be run on a machine without extra software requirements. It was included keeping in mind the types of files which are generally presented and required different modules to run, the multi-file system omits that completely in the Laravel framework.

The template engine ensures the most basic things are already in the package when you get started on development with Laravel framework. Dynamic content seeding ensures that you get the best results with a lightweight template. The template engine is available with other frameworks too, but Laravel has some of the best for every business niche.

It enables developers to access, edit, and create, databases using PHP, rather than working on SQL for object-relational database related queries. Everything in a relational database need to be linked, integrated, and managed, ORM makes it much easier and faster. The need to code in 1 language is enormous while developing huge applications, the ORM makes it all possible while keeping the integrating part simple.

Modular view control helps ensure the best of both worlds, it makes sure the units of a modular design can all be controlled from one place while working in the integrated environment. The widely popular MVC architecture is completely and fully supported by Laravel for convenience and modularity. It helps in improving performance, allows better and faster documentation, and makes way for multiple functions.

The Laravel migration system extends support to create and modify databases automatically depending on the need of your application. The Laravel schema builder helps to recreate all functionalities of the database right at your dashboard with the ease of commands using PHP instead of SQL.

Many people who have worked all their lives the modular way, the Laravel framework is like a dream come true. This framework has provided the developers with options to create unit tests for their code, resulting in a well-integrated final application. The thing they need to take care of is how they are writing units of code, as Laravel provides extensive support in integrating those units as a final application like a breeze.

Laravel is advancing with each release and has added a plethora of security features to its portfolio. One of the most famous security features of Laravel is Bcrypt Hashing Algorithm, it adds many layers of encryption in password, ensuring it remains unhackable and uncrackable.

The password never gets saved as plain text, even in the database, so it’s practically impossible to steal it from anywhere. Addiontaly, PHP web development company prefers Laravel for the reason that it supports nonmalleable SQL statements, which leave SQL injection attack to waste.

As we said, the features it provides aren’t very exclusive from other PHP frameworks, but the collective integration of all these features put Laravel way above the rest of PHP frameworks. Laravel is a complete package if you are looking forward to creating a modular application in the least possible design and highest possible integrity.

However, you need to choose depending on your particular requirements rather than taking our word for it. The need depends on your business niche and project requirements, if you are looking forward to a free consultation, follow the link to our contact us section, we would be glad to work on your project.

Python vs Java, All You Need to Know About Two of The Most Iconic

Read More
PPHP Development
We are living in the digital era where having an online presence is a must. Businesses find that… 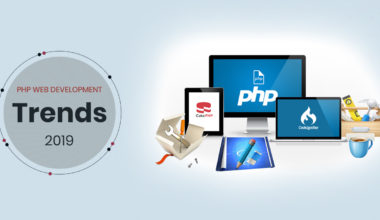 Read More
PPHP Development
2018 witnessed a lot of changes and updates in the style of web development. The spectrum of PHP… 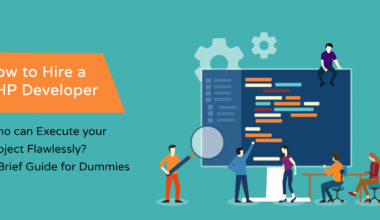 Read More
PPHP Development
Undoubtedly, hiring a right developer is the most tedious task for a website owner. It is pointless to…