Why React Native App Development Is Taking Over the App Market?

Did you know that many popular apps like Airbnb, Facebook, Skype, Uber Eats, and Instagram are built using React Native? Since its launch by Facebook, many big brands have brought their mobile apps in React Native platform. When you develop your App in React Native, you automatically get both iOS and Android Apps. There is no need to create and manage separate apps. There are other benefits as well and that’s why suddenly a steep-incline has been seen to hire React Native App development companies.
Yes, of course, there are other Hybrid Mobile development frameworks available in the market. But React Native stands apart by providing a fast, clean, and efficient Mobile App development which competitors can’t match.

React Native is a modern Mobile framework designed by Facebook developers that allows you to develop iOS and Android App simultaneously. UI and UX will remain the same on both the platforms. It’s a well-known fact that iOS and Android phones are the two main entities that are ruling the smartphone market. So, making an app to cover both these platforms, is a wise decision taken by many enterprises. It may be possible that a developer can develop a Hybrid App using Web view etc., but when it comes to app’s functionality, the same mobile app won’t be able to compete with Apps built with React Native in terms of performance and stability.

A mobile app developed using React Native gives you an assurance that you will get the same UI experience without sacrificing its functionality and speed. This cross-platform compatibility is the biggest perk of React Native App Development over native app developments. It can detect the operating system of the devices, on which your app will run. And then perform the platform specific tasks to let your app run on different devices without any hassle. It automatically enhances your client base who will use your mobile app.

Hence, it is worth saying that if you are developing an App in 2018, it should be on React Native. But why I am saying this …because react native apps use a universal codebase for both iOS and Android devices so developer needs to learn single codebase for both platforms. Earlier, a developer needs to write the codes separately. Now, React Native gives them an easy platform to develop their apps. Then what? Can now we say it is superior to the pure native app? Well!! Not always, it also depends on client requirements but for most cases, Hybrid App solution provided by React Native technology is a better solution. 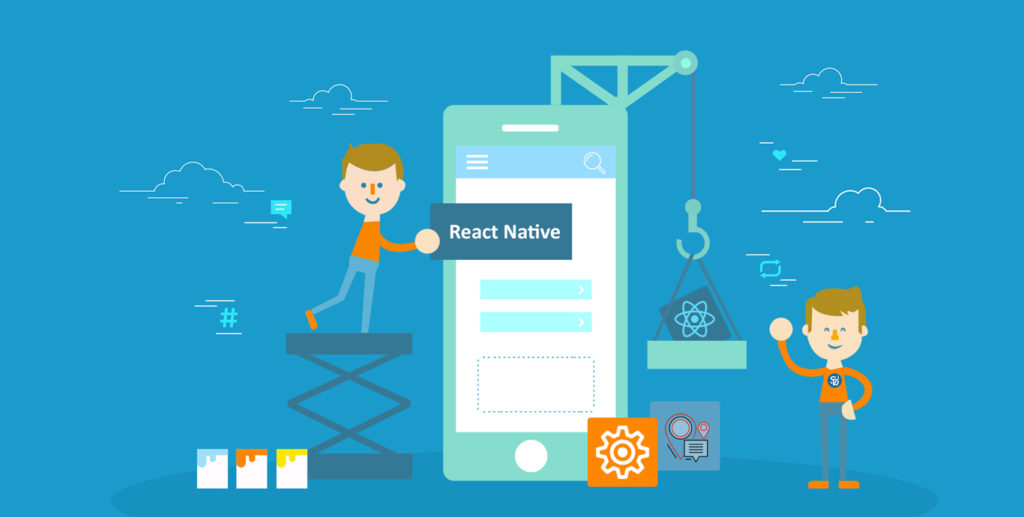 Other reasons why React Native App Development Is popular in 2018?

A React Native app development is an ideal mobile app solution for the clients who are looking to develop an App quickly and wants to target both Android and iOS market. The other big advantage is that you can manage your app on a single platform. Other advantages are:

1) It will take less time to develop.

React Native App Development takes less time to develop compared to native iOS and Android app development. The reason is that a single codebase is used for different platforms. It’s easier to manage and debug if there is an error. So, the developer can quickly develop your app and will hand it over to you.

2) App maintenance cost will be cheaper.

As you know that React Native app development is a cross-platform development that compiles as user’s native app by using the JavaScript building blocks. Here, one common codebase is being shared between iOS and Android, so it will reduce your maintenance cost, so you won’t have to write separate codes for different platforms and frameworks. Even a small-budget firm can also think of developing a mobile app for iOS and Android users by using React Native platform.

3) It will be easier to develop.

Its hard to find a good React Native developer, but once you do, you can be assured of quality development as its difficult to write a bad code in React Native. Traditional App development requires knowledge of Objective C, JAVA and Swift for developing native apps, hence you are dependent on several technologies and you need an expert of all of the above to make a bug free App.

4) It will offer other utility features that will make the app development process a smoother ride.

React native offers a combo pack of utility features that make the app development process a smoother ride. One of the most powerful utility features is- it allows third-party plug-ins to get connected with your app. Another is- it needs less memory space. Of course, we all run for the apps that will take less memory space in our cell-phone. So, it’s best to go for React Native development and hire react native developer for your business today!

5) It will be easier to update and manage the App

Imagine you are running an eCommerce store and you want to update flash deals etc. on your mobile App, the inventory must be managed in real time for both the platforms. It could happen that you can not manage both the apps quickly enough and a deal that is sold out on iOS is still available on Android and you get orders you can not fulfill. This is where the advantage of having a single codebase really shines. Since data is being uploaded and managed from one platform, it’s easier to manage that data and act accordingly.

It has been seen that because of multiple advantages of React Native (as stated above), people have started to opt for React Native Apps. Of course, making apps is not easy and certainly not easy on React Native. You need a skilled programmer to do so. But once you find the right development team, then benefits are immense. If you also believe that react native app as an amazing solution of your business problem (to get maximum exposure of your business unit), then hire our React Native developers today. We, SemiDot InfoTech Pvt. Ltd., are the pioneer of React Native and hybrid app development. Get access to our top hybrid app developers, top react native app developers today.

Why Hybrid Mobile App development might be a better solution for you?

Why Python is the preferred Programming Language by the Startups? 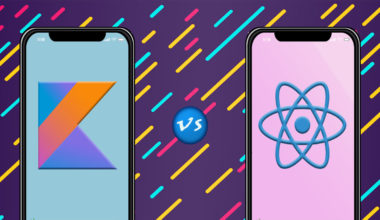 Read More
RReact Native App Development
Be it a matter of simple or comprehensive app development, deciding the features to keep is not as… 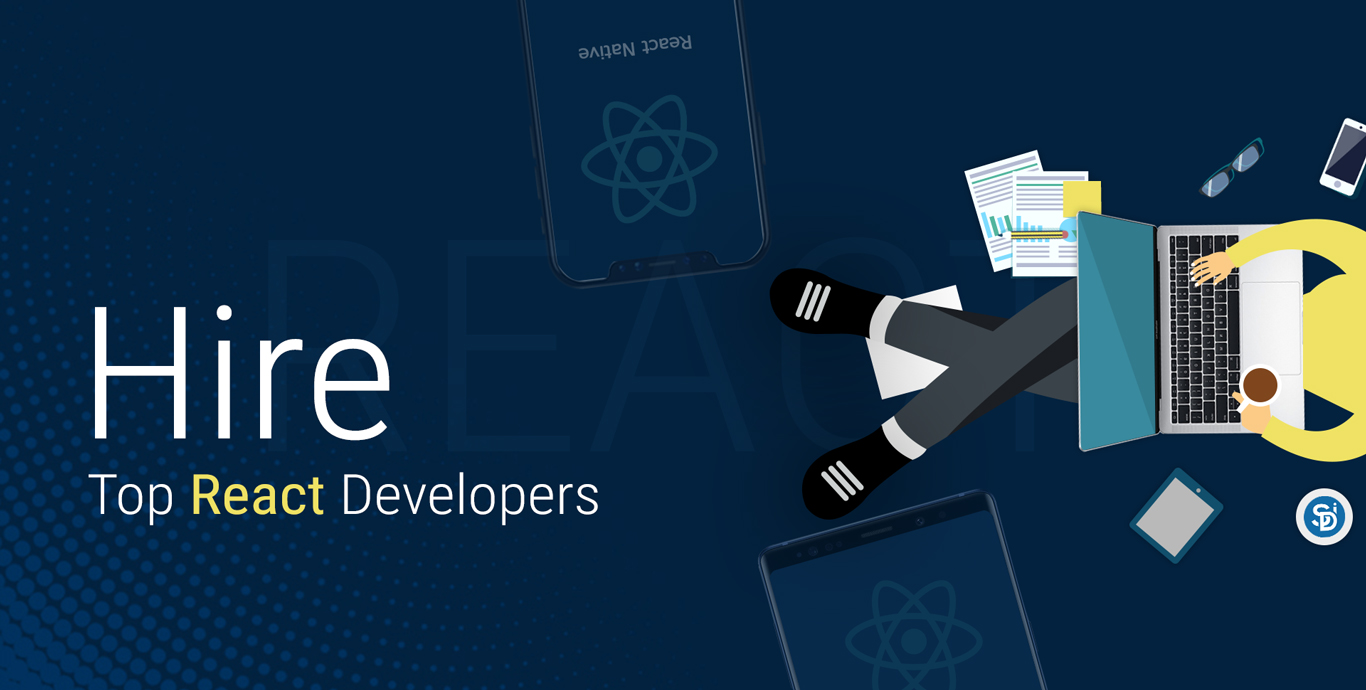 Read More
RReact Native App Development
Since the last couple of years, we have noticed that hiring a talented and reliable developer (especially react… 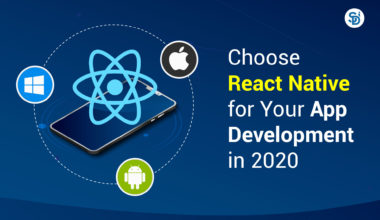 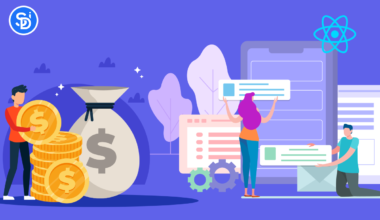 Read More
RReact Native App Development
Introduction Being a businessman, it is difficult to manage various business’s expenses. If you are on a tight…